Dogargame.io
64
Vote up!
Vote down!

Cross Promotion:
All
Free For All
Agario Style 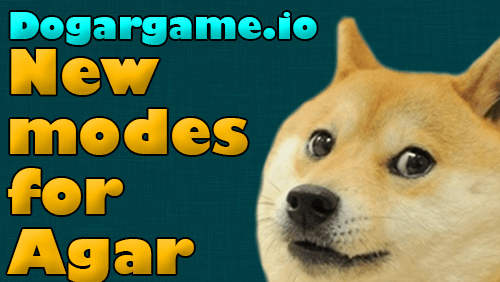 Dogargame.io is an eat-to-grow io game that you can play in teams with your friends. Dogar is very similar to agario, the concept is basically the same, eat orbs and players to gain size however Dogar.io also incorporates fun team based game modes into the arena giving people more options when trying to build up size.

As I briefly mentioned Dogar features several team based game modes as well as the generic eat to grow system, this includes things such as contested territories across the map that can be claimed by either team, once you have successfully claimed these areas for your team powers ups will spawn which can be really useful and definitely really cool. The power ups include things such as bomb blobs which are fired from your character kind of like pressing W but if consumed the eater will blow up into small blobs, there is also a shield which prevents you being eaten by bigger blobs for a set amount of time. Lastly there is a movement speed power up which does what it says on the tin, if you liked agario but you’re looking for a little extra content then Dogar is the perfect game for you!

Your character is controlled through mouse movement, you are able to drop a piece of your mass in front of you using W and power ups are activated using E.