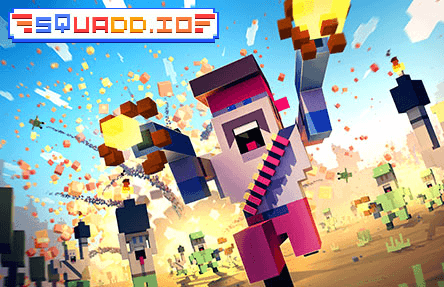 Squadd.io is a super fast paced shooting io game. The map is in a 3d world, and you can use tons of different types of weapons which can be found around the map.

To play squadd.io, all you do is use your standard W, A, S, and D keys to move around, and left click to shoot at enemies. You can also dash around

After playing squad.io for a little, I think the best strategy is to constantly stay moving around the map in a circular motion. This makes it harder for enemies to hit you, and it gives you the ability to shoot backwards and hit people who are chasing you with ease.