Free For All
Agario Style
Classic 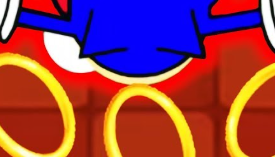 Bigfoxwarz.io is a gaame all about the magical forest of Yumendaza! In this game you will take on the role of a magical fox in the bulgusu tribe. The most noble of all the tribes. It's that time of the year again and its the tribes annual warrior festival. All foxes that are of age are thrown into the great forest and given one goal: destroy or be destroyed! You'll have to fight your way out if you want to survive and that is gonna mean sharpening your elbows, chowing down on some cherries and stomping around the forest! Avoid anyone who is bigger than you and ruthlessly devour anyone who is smaller than you. You may be used to picking on people your own size in the reakl world but in Bigfoxwarz.io you'll wanna take out the runts first and avoid anyone even remotely close to your size. Life is unfair.  Carefullly manuver around the forest and eatcherrys to survive and using the Dufso holes built by the 7th generation foxemen of the digdig clan to escape from bigger foxes until you have gotten big enough to defend yourself.

Game Instructions / How to Play:

Use your mouse to navigate and propel your custom wolf character through this treachourus forest.  Avoid other players and chow down on some cherries to grow bigger and take them out.