Free For All
Agario Style
Ocean 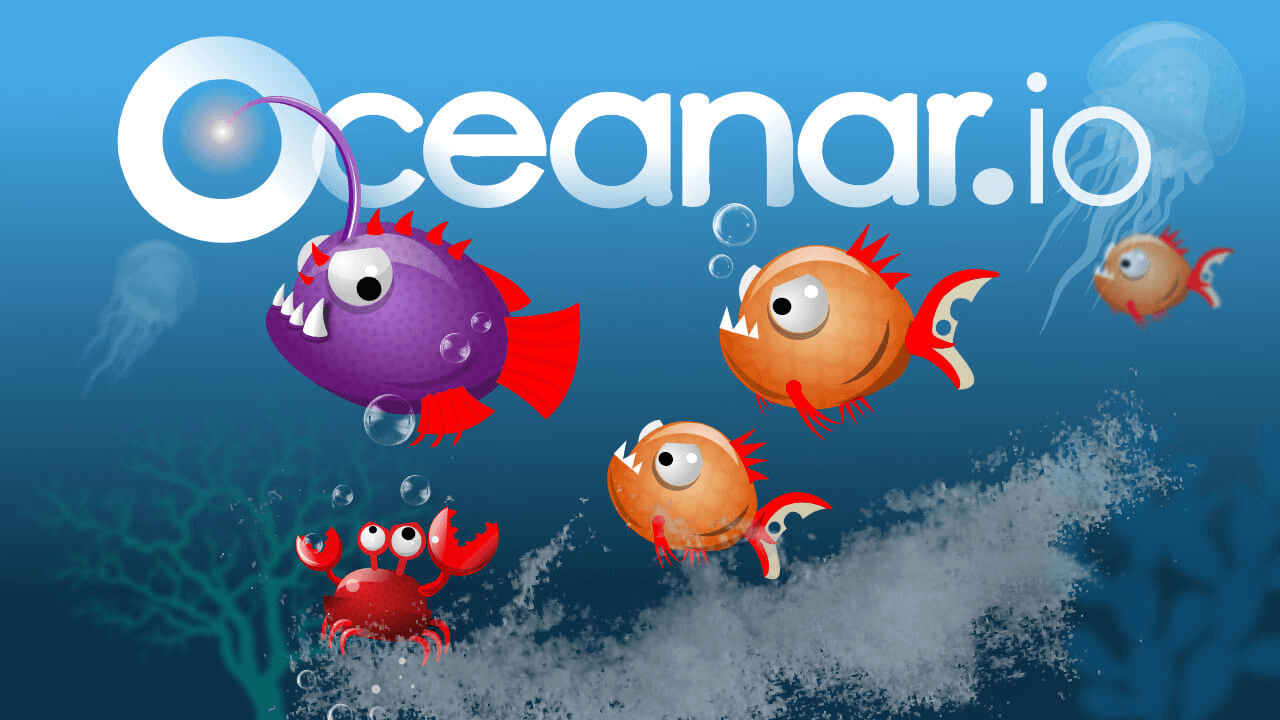 Oceanar.io is free-for-all io game in a battle to be the biggest fish in the sea! In this game you start off as a single angler fish and consume food to amass a fish army which will dominate the ocean! The games simple but incredibly addictive as its an awesome feeling to crush an opponents army with your own or take on that jelly fish that once killed you as a fresh spawn!

A similar objective to some other io games you start off small, alone and weak to both enemy players and the environment, to improve your chances of survival your only hope is to eat the food floating around and gather an army of smaller fish to defend you. Being a free for all game you’re better off trying to avoid bigger groups of fish as numbers do win fights in this world, start off by amassing a small group of soldier fish and try to take on a jellyfish to earn yourself a sweet bonus! Once you start to develop a reasonable sized squad aim to take out groups smaller than you to further boost your score and assert your dominance in the water.

Control your fish with the mouse, left click is used for attacking and right click is used for merging your smaller fish into larger ones. Bare in mind that once you have several fish following you the attack key with control them and not your main fish leaving you stood still and vulnerable!