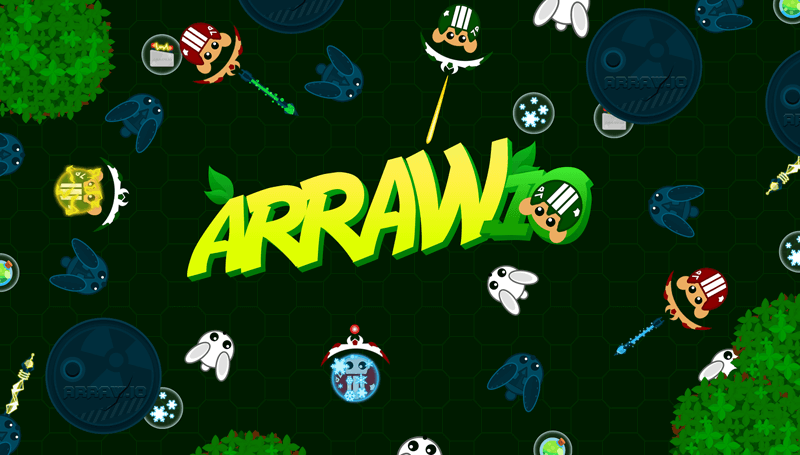 Arraw.io is a team-based io game in which you use archery to defeat your opponents. Just like other Multiplayer iO games, Arraw.io will also keep you hooked because of its unique gameplay mechanics. You play as an archer equipped with limitless arrows and a nice bow for battling against various opponent archers from around the globe. Move around the game arena, aim and shoot arrows to kill the enemies before they get rid of you. Your main goal is to survive as long as possible and get to the top of the leaderboard.

The gameplay of Arraw.io is kind of simple and understandable. When you first spawn into the game arena, you will take control of your archer and move him around to battle against the enemies by utilizing arrow keys, or WASD, or your mouse. The most important thing is that how well you can use your bow and arrows to kill them. Hence, you need to get your weapons ready all the time so you can handle all the sudden attacks. Try to hold your left mouse button to fill up the power bar, then release it to shoot the arrow. There are two types of attack, a normal one, and a special one. If you want to use a special assault, then feel free to click right mouse button. A normal assault can be done with the left mouse button. Be sure to aim by using your mouse before you shoot.

Becoming an ace of the whole arena in Arraw.io game is not a hard job, of course, if you learn some useful tips. In this game, if you use a normal attack, you may shoot your opponent faster, but the normal assault doesn't deal high damage. For a special assault, it will take you longer a bit to shoot the enemies, but it can help you give out greater damage.