Escape from the Beast! 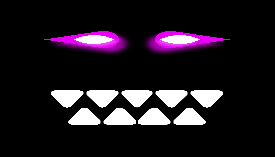 As soon as the game begins, the players must run upwards toward the spikey obstacles. Touching them will kill you, so make sure you don't touch them!

After a few seconds, a few players will turn into the Beasts and will start pursuing the running players.

Goal for the players: RUN away from the beasts!

GOal for the Beast players: CATCH ALL THE PLAYERS!